By WCS
Posted December 28, 2016
In WCS Blog
﻿Sustainability’s New Sales Pitch Has Nothing To Do With Saving the Planet2016-12-282019-03-11https://www.womenincleantechsustainability.org/wp-content/uploads/2021/10/wcs_10yr_logo.jpgWomen in Cleantech & Sustainabilityhttps://www.womenincleantechsustainability.org/wp-content/uploads/2018/03/580e3207170000432aacdcf4_orig-1.jpg200px200px
0
By Lisa Ann Pinkerton
Orginally published on The Huffington Post
NASA released a report in August that showed the average global temperature in 2015 was the highest it’s ever been since record keeping of the planet’s temperature began in 1880. Based on the data, NASA concluded that even with significant and very rapid cuts in carbon dioxide emissions and increases in earth-friendly environmental engineering, that the increase in the planet’s temperature is likely to be a chronic problem for society for the next 100 years.
​
Over the past 30 years, the environmental and climate action movements have leaned on reports such as this to compel the public at large, from consumers to policymakers, to move society to a cleaner, greener more sustainable world. However, the reality is that facts and statistics have not and will not prompt wholesale, world-wide changes in the way most of us live and work as a species.​

It’s not that the public is not entirely sold on green living or buying. Quite the contrary, there is a strong base of support for clean economy reforms. The challenge is moving people to act and it’s time the cleantech and sustainability movements took a page from modern psychology and started meeting people where they are in their decision making process.

A 2015 study conducted by RetailMeNot gives us some idea of what consumers value when it comes to sustainability. The study found that 89 percent of Americans want to purchase at least one kind of product that is environmentally-friendly, which is encouraging. At the same time, most aren’t willing to invest in items like solar panels or hybrid cars and 60 percent of those surveyed in the study admit that they will only consider purchasing an environmentally friendly product if it costs the same or less than a comparable item. Even fewer are willing to give up the convenience of their cars for public transit, carpooling for walking.

Our pitch to go green has to change if we want the use of eco-friendly products and services to rise to their rightful place in mainstream society. Instead of facts and figures, sales messages have to be based on the personal motivating factors of individuals or on group demographics if we want to break through the inertia of doing nothing, and move people towards taking whatever actions large or small they can. Whether you’re talking with consumers, business owners or politicians, leading with the practicality and long term cost savings offered by green technology is a more effective marketing strategy than saving the planet.

The declining costs of solar and energy storage batteries make the idea of cutting one’s energy bill to nearly zero one of the strongest motivators driving purchases. With electric vehicle purchases, consumers are motivated by the idea of never having to purchase gasoline again and by access to fast-moving carpool lanes. This explains why global electric car sales increased by 42 percent in the first quarter of 2016 alone.

The value of sustainability for business can come from better management of facilities, for example by reducing energy consumption using IoT-inspired building management systems, automation and other technology-based platforms. These platforms can offer dual value because they often integrate with other operational and technology based systems, which provides increased business intelligence and further cost savings. Meanwhile, businesses suffering from high energy costs due to peak demand charges are purchasing energy storage to dramatically reduce their energy bills, while at the same time ensuring business production continues even in a blackout.

When it comes to policy makers, it’s not the forward thinking mindset of saving the planet for future generations that motivates them to take a stand for sustainability. Instead, a cleaner economy holds the potential to build new innovative companies and to provide well-paying jobs for both high and low skilled workers, which ultimately provide tax revenue and greater economic stability. Like many politicians, your average business owner and consumer do not base their decisions on their potential effect 20 years from now. Instead, they are looking at how a purchasing decision can improve their lives immediately, or at most within the next five years.

The moral obligation to leave the planet better than the way we found it may have motivated the first round of early-adopters of technologies such as solar energy and electric vehicles. But, it is not a strong enough motivator for most people presently. As sad as that may seem, it’s the reality of the world that we are living in today.
​
Those of us who understand how fast the climate is changing know that we don’t have the luxury of time. It’s up to us to drop the lazy habit of selling sustainability for sustainability’s sake. The sooner we start meeting people where they are in their daily lives and frame cleaner, greener products and services in terms that move them to action, the faster we’ll see cleantech and sustainability move into the mainstream. 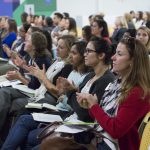 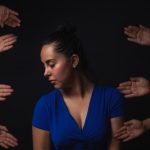