By WCS
Posted November 11, 2021
In WCS Blog
“I can trace my interest in infrastructure back to being a kid building Lego cities complete with railroads, flying cars, and a space station; even with dolls, I was mostly building cities around them.”2021-11-112021-11-12https://www.womenincleantechsustainability.org/wp-content/uploads/2019/04/wcs-logo-2019-e1593134994992.pngWomen in Cleantech & Sustainabilityhttps://www.womenincleantechsustainability.org/wp-content/uploads/2021/11/website-november-21-member-of-the-month.png200px200px
0

“I can trace my interest in infrastructure back to being a kid building Lego cities complete with railroads, flying cars, and a space station; even with dolls, I was mostly building cities around them.”

With a degree in Middle Eastern Studies, Sue Yang launched her career in Dubai where she worked on large infrastructure projects. Now in New York City, Sue has joined Antin Infrastructure Partners, an international private equity firm focused on infrastructure and investing in a new era that is greener, smarter and more connected.

Q: How did you get involved with Women in Cleantech & Sustainability?

A: I joined a couple of years ago, but only began participating during the pandemic when WCS began its virtual happy hours.  I thought WCS did a phenomenal job – substantive content, engaging discussion, and quality networking opportunities.  It was great to get involved thereafter, and help plan, for example, a virtual event that brought together investors from early to late stage and from West to East Coast (sidenote: highly recommend collaborating with WCS on programming!).

Q: You earned an undergrad degree in Middle Eastern Studies. How did that position you for success?

A: I’ll start with why I chose the major: My family is from Shanghai, but I grew up in suburban Ohio and later in Metro Detroit, Michigan, which is home to one of the largest and most diverse Arab American communities in the US.  Despite growing up around friends from Iraq, Jordan, and Lebanon, I didn’t understand their native regions. When I arrived at Columbia, I intended to major in economics and political science.  Yet it struck me that a Middle Eastern Studies degree would enrich my learning with courses in history, anthropology, sociology, and urban development to gain a richer understanding of a region that is so central to global geopolitics and to my community back in Detroit. Moreover, I was fascinated by the contrast between cities, suburbs, and countrysides. In the Middle East, you have some of the world’s oldest continuously inhabited cities (like Damascus) as well as the newest (like Dubai).

Q: You wrote your postgraduate ticket, heading straight to McKinsey’s Dubai Office. What was your strategy?

A: My strategy was (and still is) to explore, learn, and see what sticks. The Dubai office was working on big infrastructure projects across developing regions, which gave me insight into how various disciplines need to come together to execute – and how big finance shapes both public and private infrastructure programs.

Heading out to business school, a mentor told me about this emerging field of infrastructure investing, which was relatively nascent but massive in investment dollars, unmet need, and impact.

That’s what led me to join Macquarie Infrastructure and Real Assets – one of the pioneers of the infrastructure private equity asset class. I gained solid fundamentals there and subsequently joined Orion Energy Partners, where I experienced a smaller firm with a differentiated approach to investing that would exercise resourcefulness and yield more deal “reps” (repetitions).  At Orion, I learned creative structuring, credit underwriting, and taking action to catalyze investable opportunities.

My current role at Antin Infrastructure Partners, on the Next Generation (“Next Gen”) Infrastructure team expands on all of that. We are making equity investments into companies building the next generation of essential services and systems that drive the energy transition, offer more sustainable solutions, provide accessible and efficient mobility, greater digital connectivity, agricultural efficiencies, and better health and education.

Q: In your world of infrastructure investments, what are some examples of deals you might see in a typical week?

A: We’re a small team of five, looking at deals across all verticals mentioned above across the US and Canada. Every week covers a fair bit of breadth and depth.

One area where we are going deep is controlled environment agriculture, including vertical farming. In the US, leafy greens predominantly come from California and Arizona, which are increasingly struck by climate stress and E.coli outbreaks. On top of that, we are transporting the product thousands of miles with a lot of wastage and reduced shelf life by the time it reaches our local grocery store. So there’s a resource efficiency play here to grow indoors close to demand centers, more consistently year-round, with far less water consumed, with no herbicides or pesticides, and with longer shelf lives and fresher flavor too.

While we see a fair bit of range from early to later stage enterprises, we aren’t venture capital and don’t take binary technological risks. We are focused on helping to accelerate execution and scale-up once a company has proven the technology and gained initial commercial traction, and to develop and undertake M&A and consolidation plays around the platform.

Q: Besides what you’ve discussed, what are you seeing in clean tech and sustainability in your deal flow?

A: We see a lot in the areas attracting headlines: EV charging, carbon capture, hydrogen, and agritech.  We’re also seeing interesting developments across circularity and waste-to-value plays (e.g., to renewable fuels, renewable power, building materials and aggregates, and other recycled materials), grid decentralization and two-way efficiencies, and at intersections with other sectors including energy efficiency in logistics or better emissions tracking enabled by other technologies.

This is where it is beneficial being a cross-Atlantic team.  The regulatory, market, cultural, and consumer dynamics offer shared cross learnings.  We see a wider basket of technologies and business models; what’s universal vs. regional; and what might be a fit in one place vs. another.  We, in North America, can turn to where Europe has trended and get a sense of what may unfold.  In other instances, the reverse is true.  Where we can, we intend to leverage this cross-Atlantic setup to help our companies expand into the other geography.

Q: Infrastructure can be considered very male dominant. What can you tell us about your company and experiences?

A: It’s changing, slowly but surely!  Three out of ten of Antin’s senior partners are women, each with her own unique and inspiring background and with her own style of evaluating deals, communicating, negotiating and managing.  This is the first time in infrastructure investing where I’ve gotten to work directly for a female boss, and one who is impressively multidisciplinary, boldly herself, and skilled at leading by empowering while guiding her team.  It’s been energizing and I think it’s enabling all of us on the team to elevate our games.

I’m seeing more women on all sides of the table and gaining increasing seniority and influence too: on debt and equity financings, on management and operating teams, in engineering, and as intermediaries and consultants facilitating and supporting transactions.  All with very different styles.

I think that’s important to highlight: that it’s not only about having women in the room, but also about having very different women in the room.  Having just a single woman in the room can result in marginalization and tokenization, and place incredible pressure on her to manage often conflicting expectations.  That sucks focus and energy away from the main tasks and discussions at hand.  Having multiple women who are unabashedly different and who actively contribute their differing views is freeing.

Interview by Jeanne Trombly, writer in residence for WCS

“I always knew that I wanted to be an entrepreneur because I am a builder. I find joy in that.”WCS Blog 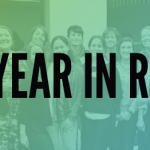