The WCS Entrepreneur Circle (E-Circle) is a three-month cohort program designed for entrepreneurs who identify as women to communicate, reflect, and connect with each other. More than a mentorship program, the E-Circle offers you opportunities to commune with up to 11 fellow entrepreneurs, build relationships with leaders in this space, and collect new resources. In monthly virtual meetings and in Slack, the group will learn from a keynote speaker, share advice, challenges, and offer support. The program is initiated and organized by WCS Entrepreneurship Committee.

Mary Anne Brelinsky has served as President of EDF Trading and EDF Energy Services, the North American trading and customer facing business within the EDF group since 2018. She is responsible for EDF’s Power and Natural Gas Retail business, the Generation Services business, as well as Gas and Power Trading in the United States and Canada. Mary Anne has grown EDF’s retail business to the 3rd largest in North America and has been recognized as one of the industry’s Thought Leaders by the Energy Thought Summit, received the Houston Business Journal’s Women in Energy Leadership Award, the Greater Houston Women’s Chamber of Commerce Breakthrough Woman award, and the Early Achievement Award from UHCL in 2019.

Prior to EDF, Mary Anne held positions with Reliant Energy where she managed the Structuring and Pricing Desk and developed power products for Large Commercial and Industrial clients. Mrs. Brelinsky started her career with the Exxon Chemical Company where she held several engineering and operations positions. In 2000, Mary Anne accepted a position with Dynegy where she managed large cogeneration power plants and developed strategies for the company’s assets under the Texas deregulated market. She also traded long-term positions for Texas and California generation assets. 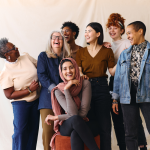