A panel of experts will discuss diversity, equity, and inclusion and how they are essential factors for fostering creativity and driving innovation.

Join us for a thought-provoking virtual panel to explore the connection between DEI and innovation. Discover how creating an inclusive and equitable environment within an organization can lead to improved performance, increased productivity, and higher profitability, and how diversity in thought and perspective can drive creativity and innovation within teams.

Our expert panel will delve into the benefits of DEI and examine the strategies that companies are using to drive innovation, establish an inclusive brand image, and maintain a competitive edge in today’s market. They will also share their insights on how organizations can implement comprehensive and explicit policies to address discrimination and bias. Don’t miss this opportunity to gain valuable insights and best practices on DEI implementation. Join us to learn how DEI fuels innovation and how you can benefit from it!

Sara Fuentes is the Founder and President of SmartWaste. With 10 years of experience in the Waste and Recycling Industry, Sara is a leader in abating commercial waste. A passionate advocate for women and a tenacious leader, Sara is setting out to alter the cleantech landscape and finding her own niche. Sara draws on her experience working as an educator and Vice-Chair of the Women in CleanTech and Sustainability organization, where she is an impactful mentor and friend.

Smart Waste is a Minority Women-owned and operated start-up with a focus on Waste Technologies, Waste Systems and Vendor Management for Zero Waste programs. Our core values are Transparency, Circularity, and People. Transparency to establish trust. Circularity to explore and validate the downstream community.  People are the heart of sustainability. Our Impact will influence our communities to practice a zero-waste lifestyle. We are looking to work with companies that are in alignment with our values and goals.

Dominique Reese is the Head of DE&I for Plug and Play Tech Center, one of the most active Venture capitalists in Silicon Valley and the world’s largest innovation platform. Through her experience at Plug and Play, Dominique noticed a lack of representation in the tech industry and wanted to make an impact. This led her to build and launch Plug and Play’s first DEI-focused initiative, DRIVE.

DRIVE stands for Diversity, Respect, Inclusion, Visibility, and Equity. DRIVE works multi-dimensionally. The initiative develops, assists, and provides better access to funding for underrepresented founders and educates the company’s broader ecosystem on the importance of DE&I via tech-enabled solutions, workshops, and training sessions. Dominique has created a multidimensional, community-centered approach to advancing diverse representation in the tech world worldwide.

In doing so, she has connected historically underrepresented founders of different backgrounds with more giant corporations interested in similar initiatives and contributing to the common good for the diverse future of tech.

Although Dominique has always been fueled by social impact and innovation, her early career began in the Supply Chain Vertical at Plug and Play Tech Center. In this role, Dominique was exposed to some of the most influential companies in the Supply Chain Industry, such as Walmart, USPS, DHL, JP Hunt, and many more. Through this experience, Dominique witnessed how tech-powered innovation can solve the internal needs of major corporations. Dominique realized that if innovation can improve the world’s supply chain, it can also change the world for the better.

Additionally, Dominque graduated from California State East Bay, Hayward, CA where she obtained a BA in Psychology and a minor in Sociology. By bridging the two, she has stepped into her new role leading the external DE&I efforts for Plug and Play to promote change and impact for the whole world, but more specifically, how the world of tech looks.

Dominique’s overarching goal is to build a community for underrepresented founders to grow and scale their businesses and be role models for other founders that look like them and come from similar backgrounds.

Jerri leverages successful tools and resources to build support programs for diverse young people as they navigate green careers. She leads the career pathways programming, the Green Mentor program, and the Green Jobs employer training efforts. Jerri will also support the Chief Sustainability and Diversity Officer in diversity, equity, and inclusion efforts across all SFI pillars. She is an experienced K-12 professional school counselor and has dedicated her professional life to connecting youth with resources and opportunities. Jerri holds a Masters of Education and Human Development, with a concentration in school counseling from George Washington University, and a Bachelors in Family and Consumer Sciences from the University of Maryland.

Lorenzo Jones is a professional Executive business coach, speaker, facilitator, trainer and executive with more than 20 years experience that is solidly grounded in creating a positive learning environment by building a high degree of connection and trust with his clients.

Lorenzo has partnered with hundreds of individuals and organizations across the US, helping C-suite leaders, board members and teams reach new levels of achievement.

His clients come from government, nonprofit, telecom, financial, transportation, tech and other industries. They range from Levi Strauss and Nike to the County of Marin and LA Metro.

He is a compassionate and intuitive communicator, with an ability to truly hear, connect with and motivate clients.

“Fear or limiting beliefs can be the biggest barrier to success,” says Lorenzo. “My passion is unlocking a client’s greater potential by helping them identify, break through and discover new beliefs about themselves. Everyone needs someone cheering them on.” 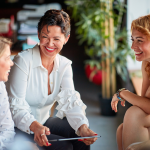 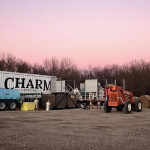