Every year in Silicon Valley, WCS Talks brings together bright minds, inspiring stories, and valuable wisdom. This year, more than 250 men and women gathered at Google’s new Sunnyvale campus for a lineup of 22 speakers at the fourth annual WCS Talks.

WCS Talks showcases women’s unique views on leadership, business, and policy. It brings awareness to the substantial and positive impact that these women are making, while providing a platform to address challenges women still face in their professions. The annual TED-style event drew speakers and attendees from a diverse range of sectors and roles in the green economy, as well as locations. People travelled from as far away as New York, Washington, DC, and Quebec, Canada.

While the speakers ranged widely in their personal backgrounds and professional experiences, a set of themes emerged from the day. Speaker advice for building a fulfilling career can be likened to the steps in preparing for a great journey. Find your bearings: identify the internal and external guidance and support that will allow for your success. Chart your course: create a map of your career path to understand where you want to reach, and how to get there. Watch the horizon: allow the latest trends, advances, and breakthroughs in your industry to inform your decisions and keep you motivated.

FIND YOUR BEARINGS
​
​Courtney Bass, Human Resources Business Partner at Google, drew the focus to one’s internal resources in a talk about personal identities. She suggested that our identities are the lenses through which we see the world, and argued that our identities can be “leveraged to have an outsized impact.”

​Kenetia Lee, a Hollywood makeup artist known as The Beauty Activist, built on this theme. She borrowed from her book, Fearless Beauty 360, to focus on how women can find self-acceptance, embrace good qualities in others, and empower themselves to be dynamic leaders.

From these speakers we learned cultivating a strong sense of self and trusted relationships that can help guide and support us on the journeys of life and career.

As a preface to sharing his advice, Michael Kobori, Vice President of Sustainability at Levi Strauss Co., said, “I’ve never been a woman in a male-dominated workplace, but I do know what it’s like to be Japanese-American in a white-dominated work environment.” His three-pronged advice for a fulfilling career was to find your tribe (outside of work), find your allies in and outside of work, and discover your unique voice.

After putting in years of effort to “fit in,” which did not ring true for him personally and didn’t completely work, Kobori discovered that what he sought was a sense of belonging. He found it in a local cultural group. Although it was outside of work, it grounded him in a sense of personal identity that was not cultivated on the job.

For the second prong— find your allies— Kobori learned to build relationships with people at work that he could count on to be in his corner. Third, he found that with the internal strength he had cultivated (in “find your tribe”) and the supportive relationships he had built (“find your allies,”) he had the courage to speak up for his beliefs and ideas.

The story he told at WCS Talks 2017 was one he had never voiced before. We feel honored he choose the event to share his powerful advice.

Ilén Zazueta-Hall, Director of Client Engagement at Exponential Machines, focused squarely on finding allies and finding her voice in a talk entitled The only woman in the room: being heard in technical settings. While her advice was painful to hear, because it rang true for so many in the room, it was also comforting to know that the rest of us were not alone in our experiences.

Zazueta-Hall’s advice was to identify male allies in the workplace, and brief them before important meetings on the points we want or need to get across. Then if (or when) we are interrupted or sidelined in the meeting, our ally is ready to speak up with something like, “Hold on, Ilén wasn’t finished yet,” or “Hey, Ilén has a good point there.”

Joan Sullivan, a renewable energy photographer, encouraged us to create a map of our career path to understand where we want to go, and how to get there.

“When I started out,” shared Sullivan, “I thought a career path was supposed to look like this.” She pointed to a smooth, upward-sloping line. “Instead, mine has looked more like this—” a tangled length of yarn.

Sullivan pursued a twenty-year career in public health in Africa before realizing her passion of changing attitudes and behaviors surrounding climate change through the stories she can tell with her photographs. She packed up her family and set out on the career of her “next fifty years” in Quebec, Canada.

​“Your career path does not need to be linear,” advised Percy Link and Elise Benoit of the grid edge start up AutoGrid. Nor is it necessary to have a traditional technical background in order to enter a technical line of work, they said.

Link, who is a Senior Software Engineer at AutoGrid, came to her current work from a background in anthropology. A fortuitous informational lunch landed her an internship with the company, and she learned technical skills on the job.

In making the map of your career path, notice the impactful moments that changed your direction or specialty, advised Nike Opadiran.

As legal counsel at Skadden, she manages the legal intricacies of energy infrastructure projects. Opadiran spoke of an important project she agreed to take on early in her career, even though she had felt unqualified. Because of the experience, she has come to specialize in energy transmission deals, a critical piece of any energy ecosystem, and now her passion.

The talks by Sullivan, Benoit/Link, and Opadiran show how new possibilities and opportunities can open up when you give yourself permission to pursue them. When you see that someone else has succeeded in doing what you would like to do, it can help remove hesitation you might have in trying it for yourself. And highlighting successful women in the green economy as inspirations to others is what WCS Talks is all about.

​The day was not all personal stories; more than half the content relayed developments in technology and policy in the speakers’ respective fields. Car manufacturers such as GM and Volvo will discontinue the production of gas-only cars within 10 years, Natalie Musick of Oracle Utilities reminded us.

“Electrification changes relationships with utilities,” she noted. “Services such as electric vehicle charging need to be distributed, a departure from traditional utility infrastructure.” ​

Kelly Ratchinsky from UrbanLogiq delved into how smart cities can brace for autonomous vehicles. She demonstrated that the market will move to “partial automation” for consumer vehicles over the next 20 years, with fully automated vehicles increasing in prominence farther in the future. To prepare for this changing space, she recommended we watch for changes in land use and transportation planning, and open-data programs, 5G network densification and where “public decision-making becomes more evidence-based and data-driven” she said.  ​

Turning to financial services, Mona Maitra, Vice President of Energy & Resource Innovation at Silicon Valley Bank, shared trends in cleantech investing. She critiqued the perception of VC funding as inappropriate for cleantech. After some failures of VC-backed cleantech startups around 2011, investments have picked up again, aided by the lessons learned by these early pioneers.

“The investment horizon was too long, the development cycles (often regulatory-dependent) were too slow, and the quantity of capital required to scale these companies was too large. And so these investors retreated from anything that looked like a cleantech deal,” Maitra explained.

While cleantech innovations do lend themselves well solely to venture capital financing, VC plays a crucial part, combined with other funding sources such as corporations, endowments, universities, governments, and banks.

​​Maitra ended with a call to action. “It’s the beginning of the end of the fossil fuel economy.  Now is a good time to start a business, join a startup— the time is now!”

WHAT WE HEARD FROM ATTENDEES​Audience members said they appreciated the diversity of speakers at the event, and the positive energy of the networking. Many were even inspired to join WCS as paying members.

Attendee Alison Yee said, “Seeing the variety of speakers was absolutely amazing. I liked what Michael Kobori said about finding your tribe, and I think that’s kind of why WCS exists. There are people here who care about your growth, and care so much about the world, and I think this might be where my tribe is. So, I’m really excited to be here and look forward to joining.”

​Clockwise from top left: attendees network between sessions. WCS board members and volunteers. An attendee learns about membership. WCS founder and Chairwoman Lisa Ann Pinkerton.
​A big thank you to those who attended this year’s WCS Talks, to our sponsors, and a big congratulations to all of the organization’s leadership and volunteers who made this event a success.
​
Submit to speak at WCS Talks 2018, talk to your company about sponsoring the event, and get your ticket early. Become a member here and get 30% off all WCS tickets, including WCS Talks 2018.
​By Cathy Boone and Lisa Ann Pinkerton
Recent Posts 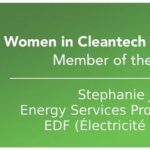 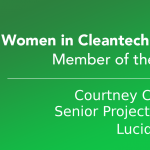